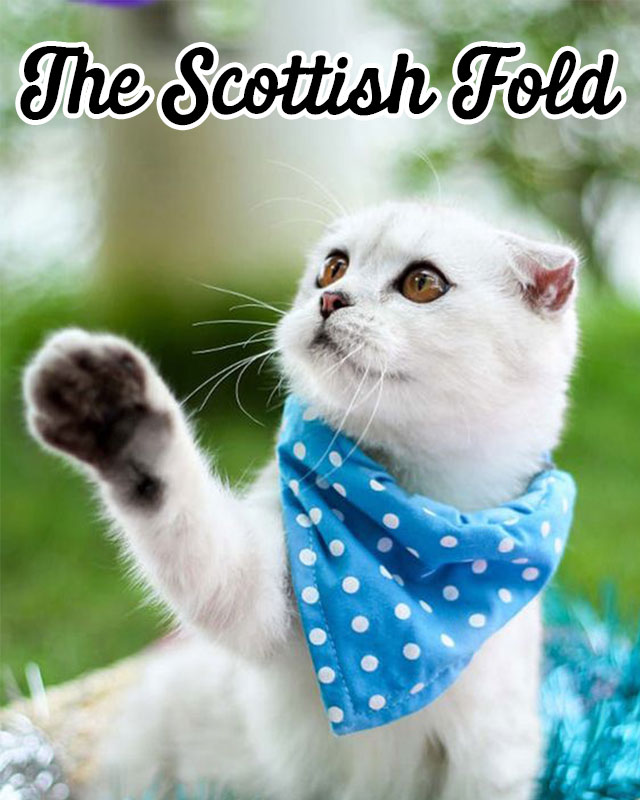 The Scottish fold is a gentle and loving breed of cat. The fold is patient and quiet as well. This is one of the main reasons as to why the fold is a favored animal for a household pet in many family homes.

A Scottish fold can live with one person or a family of eight or more and still have the same demeanor. Meaning the cat will easily fit into any type of family setting. However, the Scottish fold will usually bond to one specific family member and want to be with the one above all of the other family members.

However, it should be, noted that a Scottish fold that is indoors is expected to live much longer than an outdoor Scottish fold. There are more dangers to outside living.

The Scottish fold is a beautiful cat and the folds coat can be many colors, like solid colors, silver, blue, black, white, the fold can also be tortoiseshell, calico and a few other colors as well.

You will also be able to find a Scottish fold easily for your family pet by simply looking for Scottish fold breeders here on the internet.